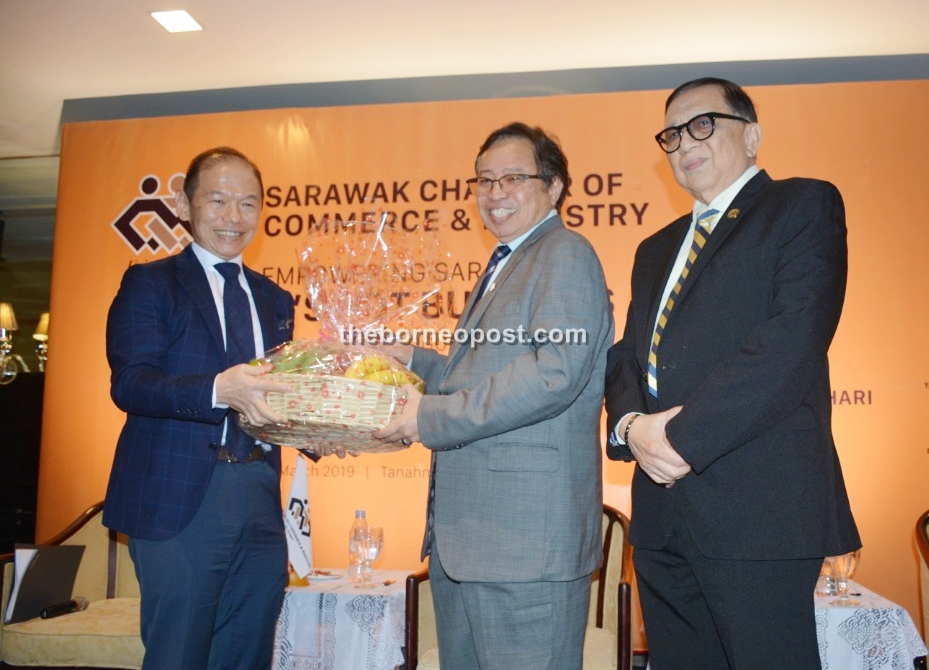 SarawakPay to be usable even in China – CM

Tai (left) presents a token of appreciation to Abang Johari, while Abang Abdul Karim looks on.

“In China, even when getting coffee, people use mobile payment methods to settle their bill. They have UnionPay in China and also in Singapore, they have this link between Singapore and Union Pay.

“We want the same alliance between UnionPay and Sarawak Pay. (When) You go to China, you can use Sarawak Pay, the moment we have this agreement with UnionPay,” he said when officiating at the business dialogue here today, organised by Sarawak Chamber of Commerce and Industry (SCCI) Sibu Region, attended by some 400 participants.

He noted that retail banking was gradually fading today as more people opt to use mobile banking.

During the dialogue, Abang Johari revealed that the state has ordered a Cessna light aircraft under Hornbill Skyways, which is capable of carrying up to three containers of goods.

“We are going to use that plane to bring vegetables and agriculture products to Singapore and then also to the regional market.”