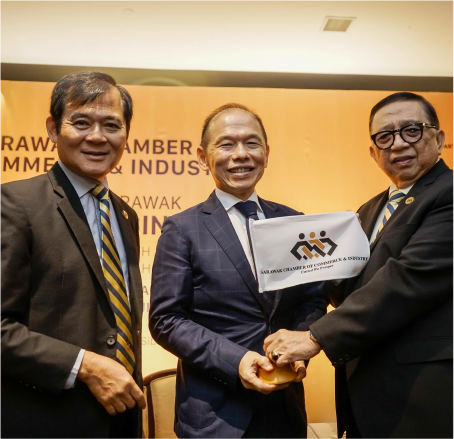 The handing over ceremony of donation pledged during the Sarawak Chamber of Commerce & Industry (SCCI) recent 64th Annual Dinner on 20 November 2015, to Datin Patinggi Dato Jamilah Anu, wife of the Chief Minister of Sarawak by YBhg Datuk Abang Hj Abdul Karim Tun Abang Hj Openg, President of SCCI at the Chief Minister’s Office on Tuesday, 8 December 2015.  The cheques and cash were presented by the President of SCCI to Datin Patinggi Dato Jamilah on behalf of all the donors.

A total of RM206,100 was raised for charity during the SCCI Annual Dinner where the Right Honourable Chief Minister of Sarawak, YAB Datuk Patinggi Tan Sri (Dr) Hj Adenan Bin Hj Satem sang four songs for this good cause.  The four charitable bodies identified by Datin Patinggi Dato Jamilah, as well as the donors are :

The amount raised exceeded their initial expectation and therefore SCCI thanked all donors for their generosity and their support for these worthy charities. 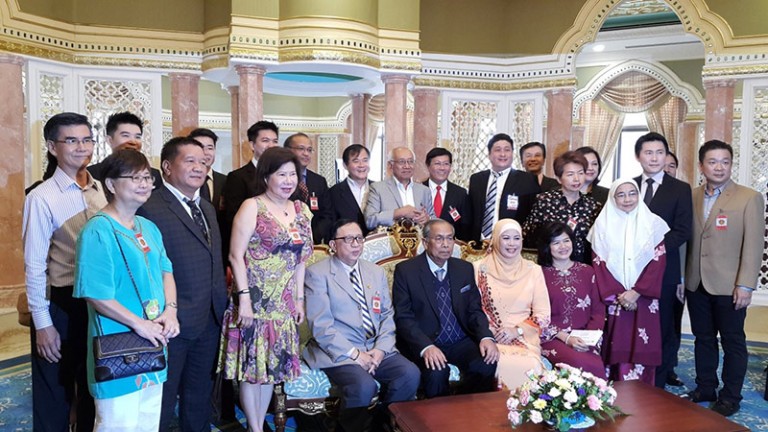