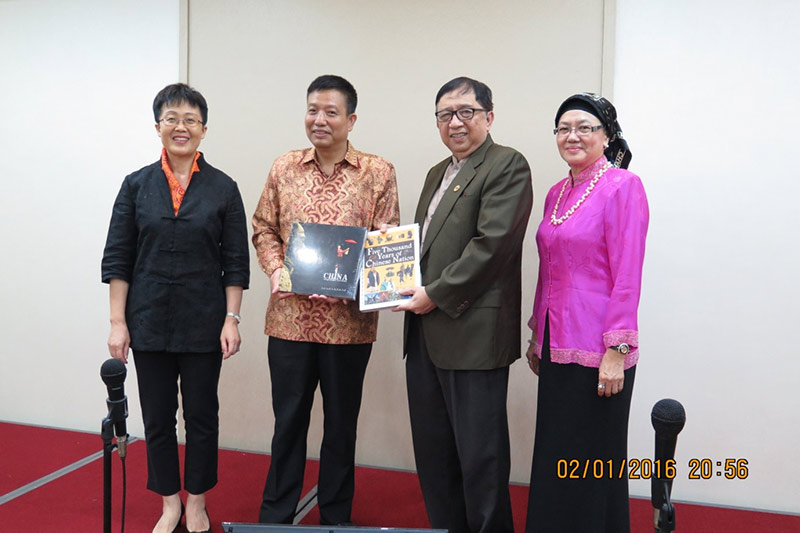 A farewell dinner hosted by the Sarawak Chamber of Commerce & Industry (SCCI) for H.E. Mr Liu Quan, Consul-General of the People’s Republic of China in Kuching and his wife Sun Xia, at the Waterfront Hotel.

In his speech, H.E. Mr Liu expressed his advocacy for T2T (trade to trade) to establish ‘sister provincial’ framework between Sarawak and Yunnan as well as Fujian for future development and also B2B (business to business) in promoting and encouraging more businesses from China to Sarawak.   As part of these initiatives, he informed that an acrobatic group will from China will be performing in BCCK during the upcoming spring festival in sharing the festive joy and celebration.