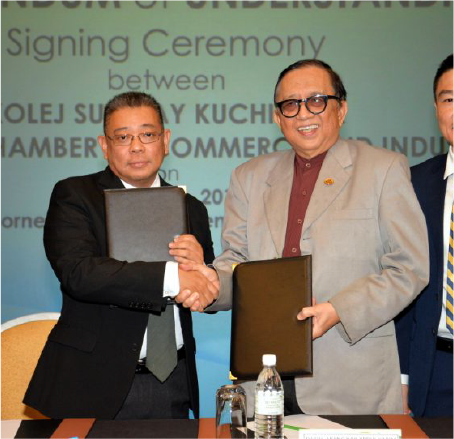 H.E Mr Damrong Kraikruan, the Ambassador of Thailand to Malaysia called on YBhg Datuk Abang Hj Abdul Karim Tun Abang Hj Openg, President of SCCI on Wednesday 25 November 2015 in SCCI Office in Kuching to discuss potential bilateral cooperation.   H.E. Mr Damrong also met with some SCCI members from various business background who have expressed interests in partnering with Thai companies.  The Thai Ambassador is especially keen on bilateral trade between Thailand and Sarawak as he acknowledged that there are many untapped potentials in Sarawak compared to that in the Peninsula.  The meeting proved to be a valuable agenda for both parties as they had opportunity to exchange ideas on enhancing trade and investment in the State, especially in tourism, business events, fishing, aluminium smelting and other industries. 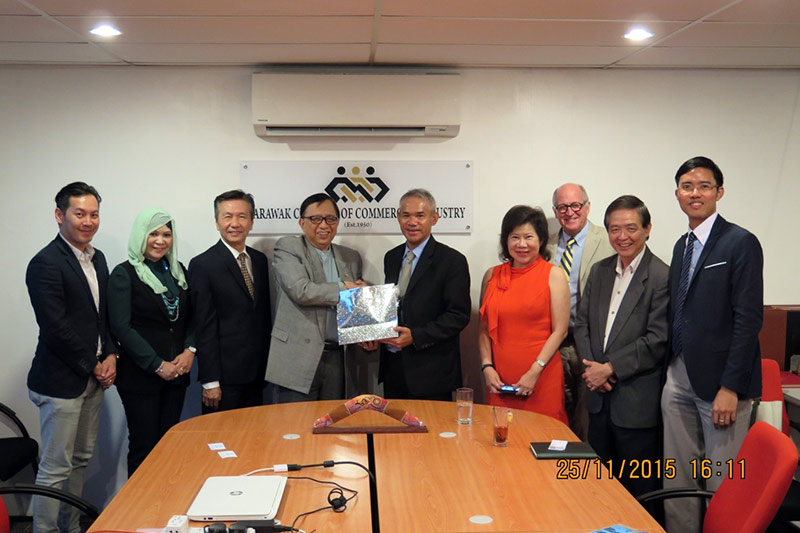